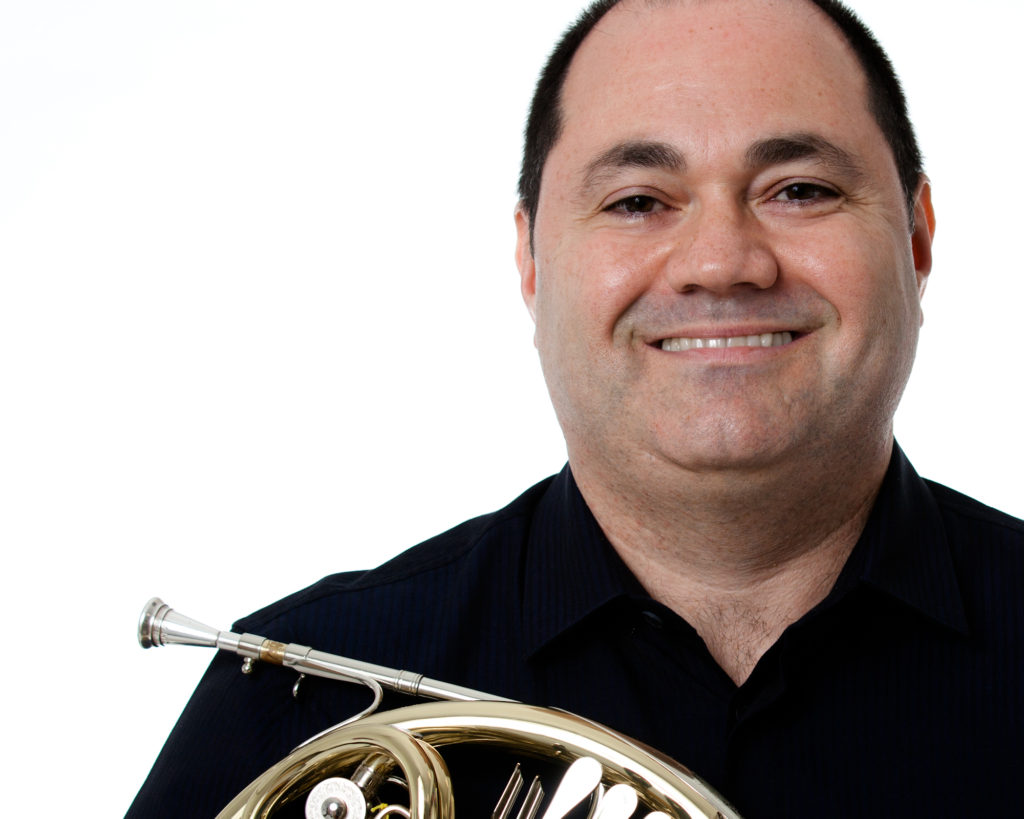 Javier Gándara has been a member of the Metropolitan Opera Orchestra since 1999. He is also on the Horn Faculty at the Manhattan School of Music and the Juilliard Pre-College Division.

During the summer months Javier continues as faculty of the Youth Orchestra of the Americas (YOA). In 2016 the residency took place in Talinn, Estonia before the orchestra went on its Baltic tour. In the summer of 2017, YOA will hold residence in Frutillar, Chile and the orchestra will tour Chile, Argentina and Brazil. For the past summers Javier has also played at the Las Vegas Music and Wine Festival, the Classical Tahoe Music Festival, and as Faculty at the Berkshire Summer Music Brass Seminar. The 2017 Berkshire Summer Brass Seminar will take place June 22-26.

Javier began his professional career at the age of 16 when he won a position in the Puerto Rico Symphony Orchestra while still attending High School at La Escuela Libre de Música in San Juan. He later studied at Indiana University and obtained a BM from the Juilliard School, where he studied with Mr. Ranier DeIntinis.

He has also performed regularly in countless commercial recordings, including over 20 major motion picture soundtracks.